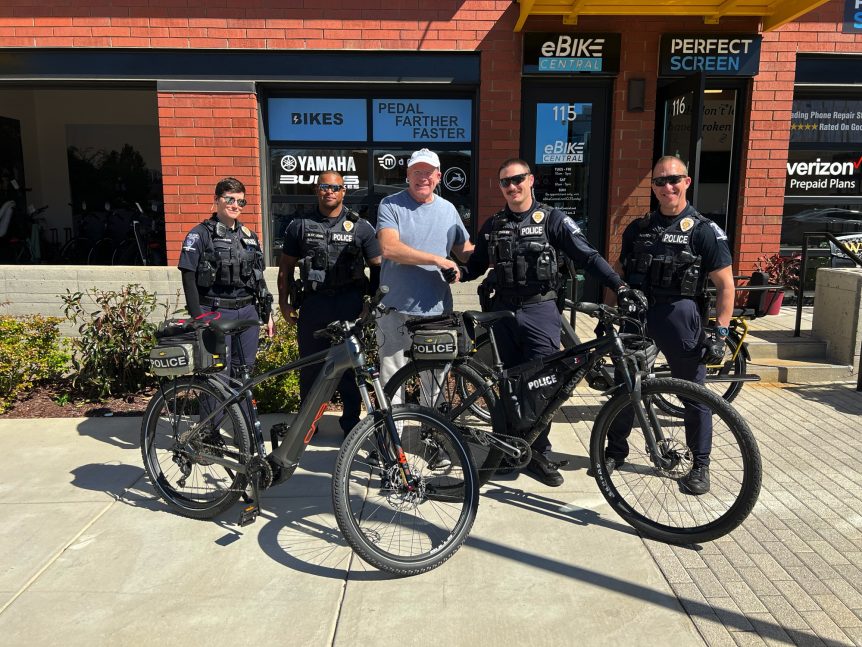 “We were riding as two pair of Bike Officers, one of us on the eBike from you. We began to chase three suspects and the terrain began to go up hill. The suspects were out running us, when the Officer on the eBike passed all three other Officers on Traditional Bicycles, and the Three Suspects, then cut them off! The rest of the Officers caught up, hopped off, and apprehended the suspects! The eBike worked.” – Officer Tucker, Charlotte-Mecklenburg Police Department

This is a very important step forward as we have been working on presenting eBikes to over a dozen Police Department’s, many in the state of North Carolina including Raleigh, Greensboro, Carrboro, UNC-Chapel Hill Campus Police, Duke University Campus Police and more.

Chapel Hill has had officers on Bosch-based eBikes from BULLS for this amount time, very few issues other then normal maintenance. Though we can tell when one rider rides the eBike harder then others, its not as well taken care of! But again, why the eBikes for this Customer have to be ultra durable.

So, thats CHPD and CMPD on eBikes in North Carolina!

More in the works…

Police riding eBikes is a natural fit
Because Police have been riding bicycles on patrol since before cars, introducing the eBike option is an extension and enhancement to what they already ride.

eBikes provide the exact benefits Bike Police need when they are On Patrol, or responding to a Scene.

NOTE ON BOSCH – Thanks Bosch, Bulls, Bianchi so far!
Bosch-based Mid Drive eBikes we provide are the only models that can hold up to the Daily Grind these Men and Women put the bikes through. Some operate 24-Hours a day on multiple shifts. Simple as that! No rear hubs hold up, period!

The primary reasons Police love Bosch Based eBikes are:

Here are some recent photos of us handing over the First eBikes to the Charlotte-Mecklenburg Police Department and Lead Bike Officer Tucker’s team: 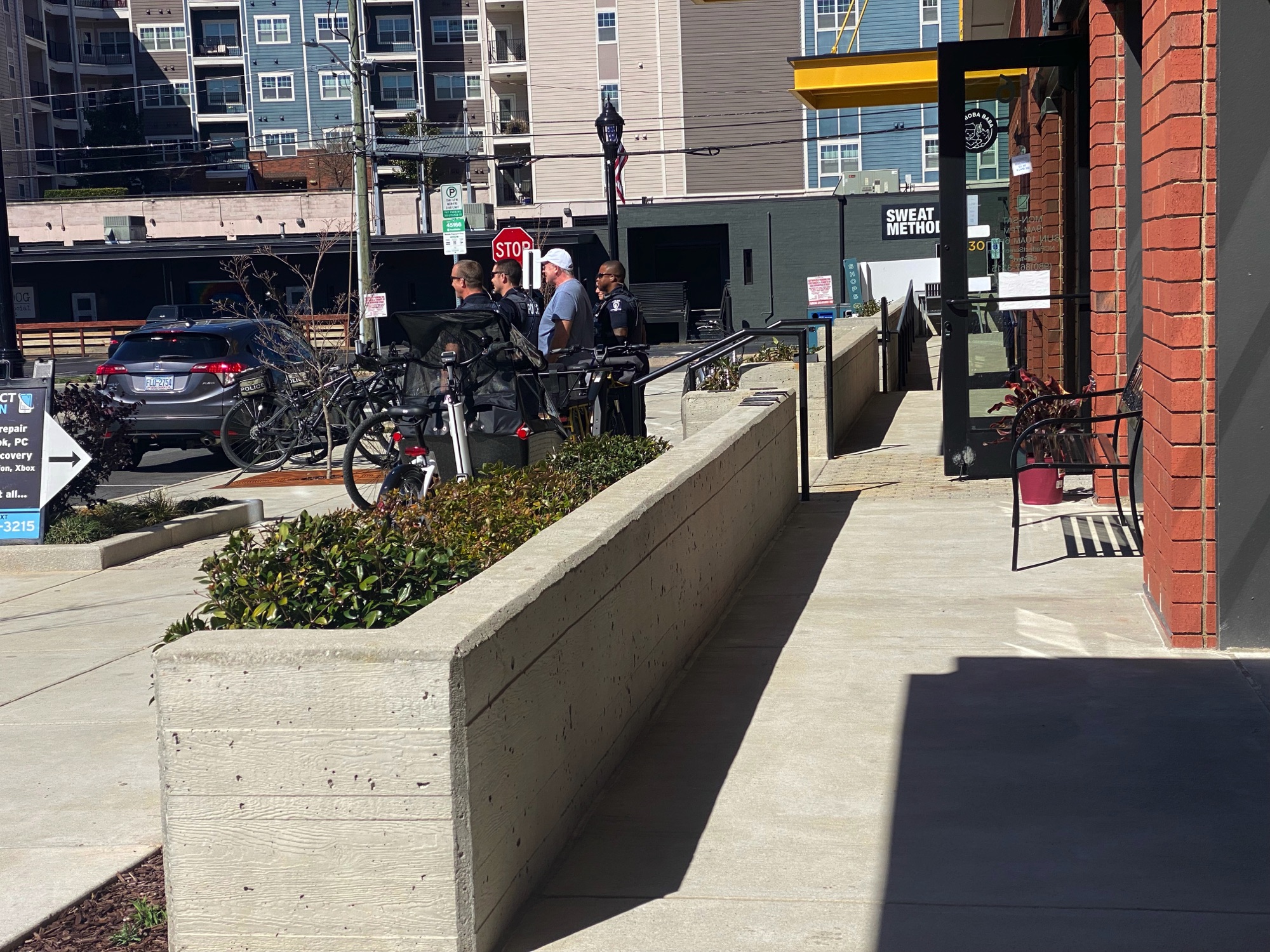 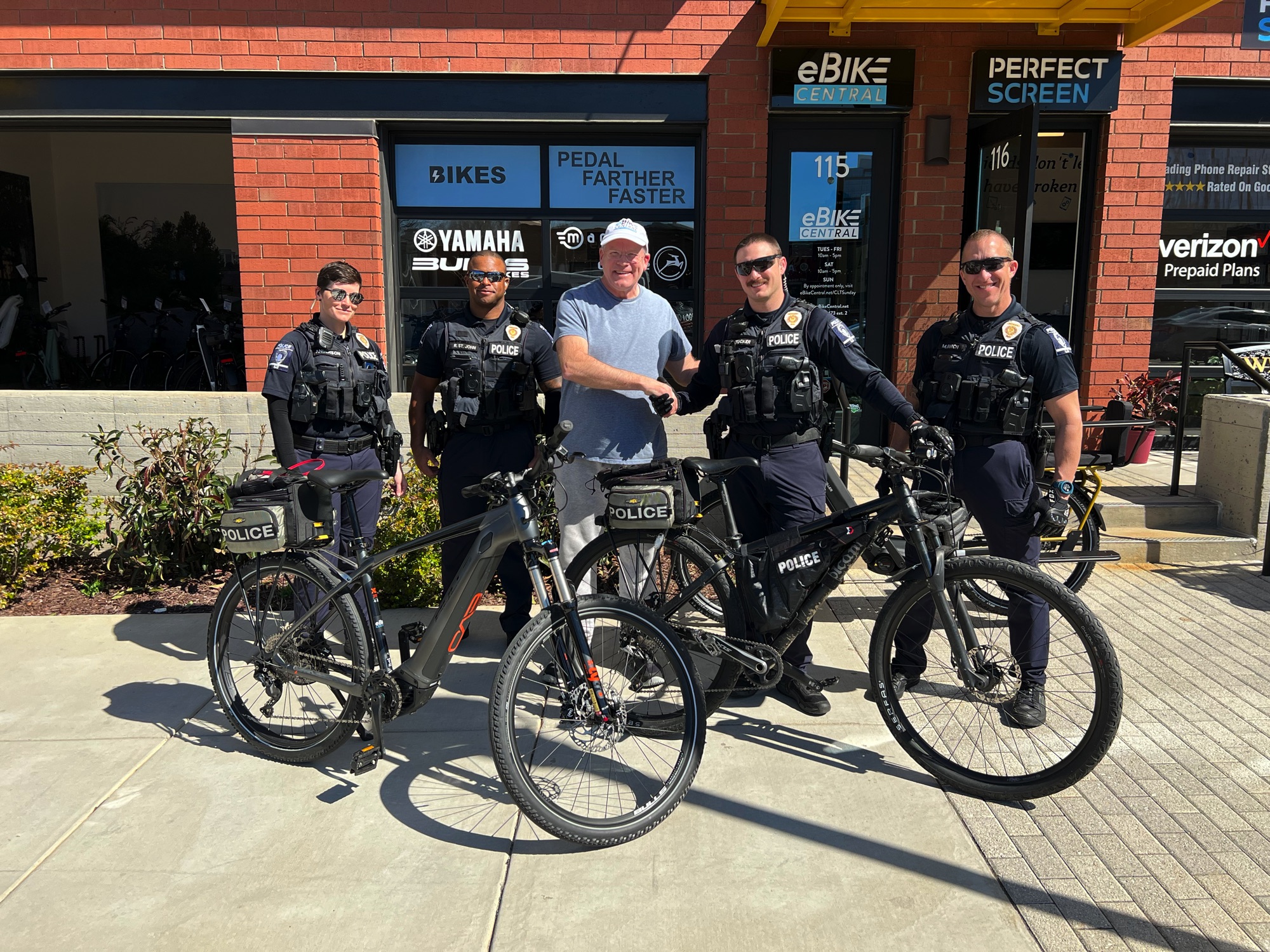 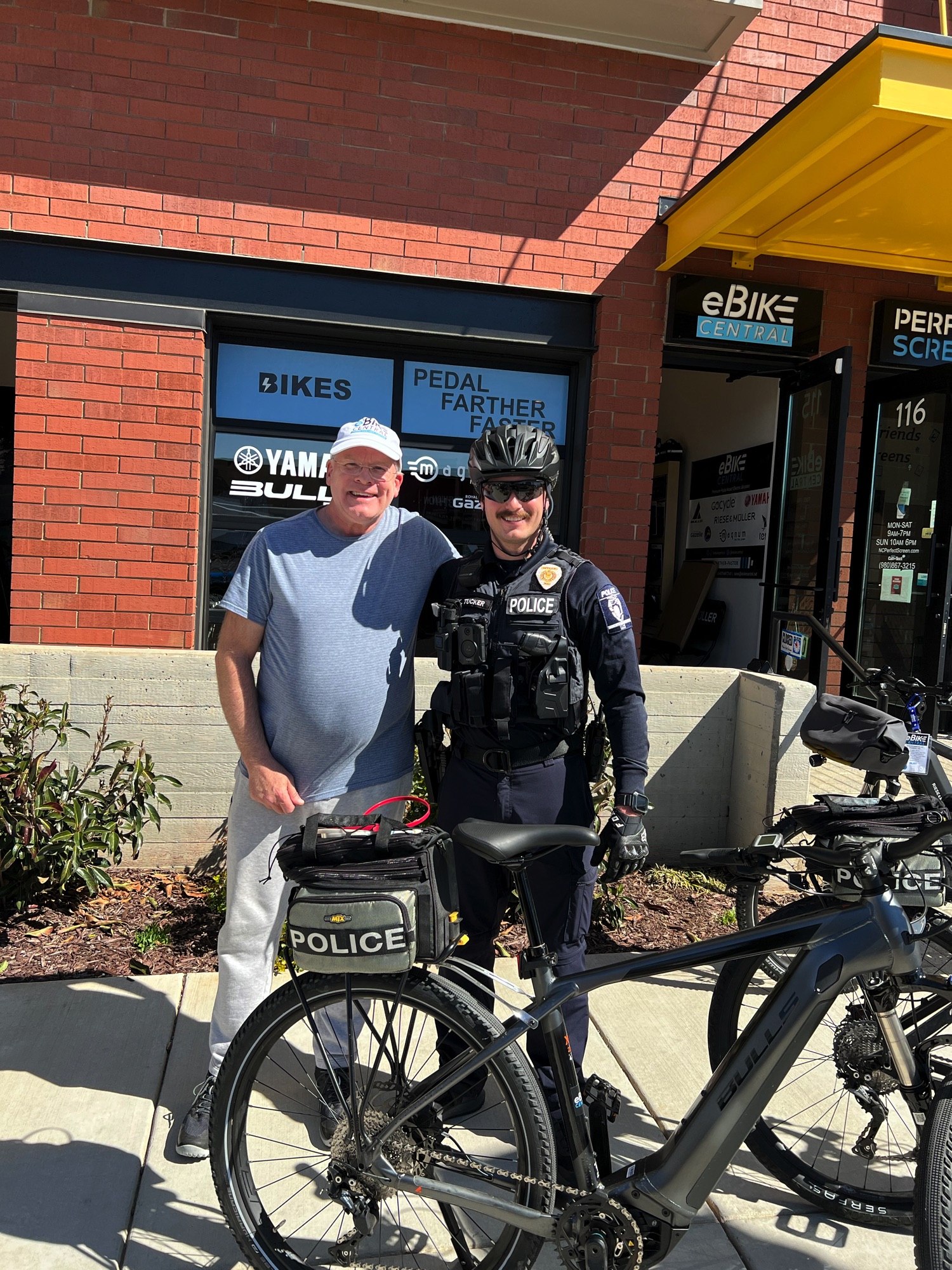 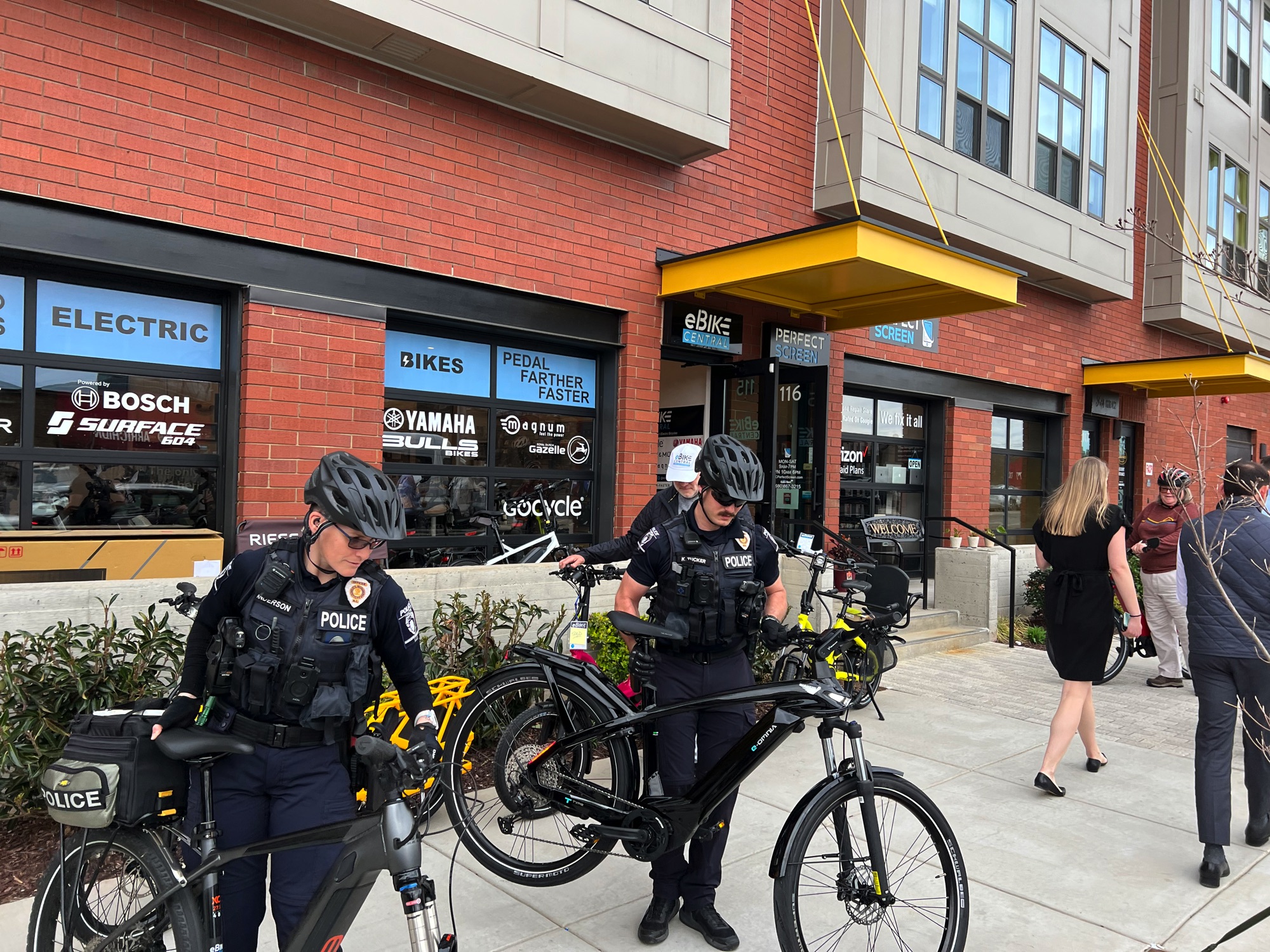 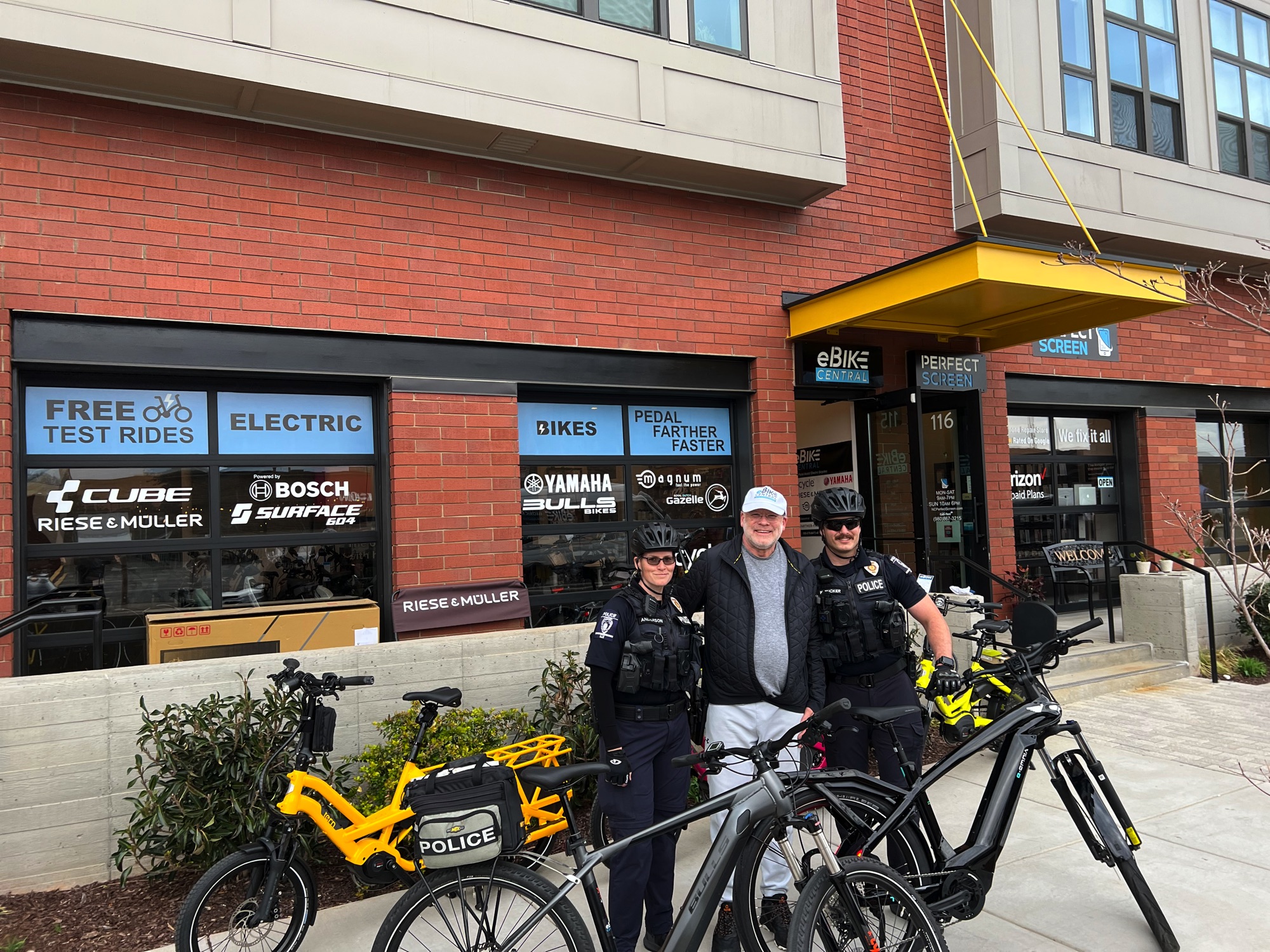 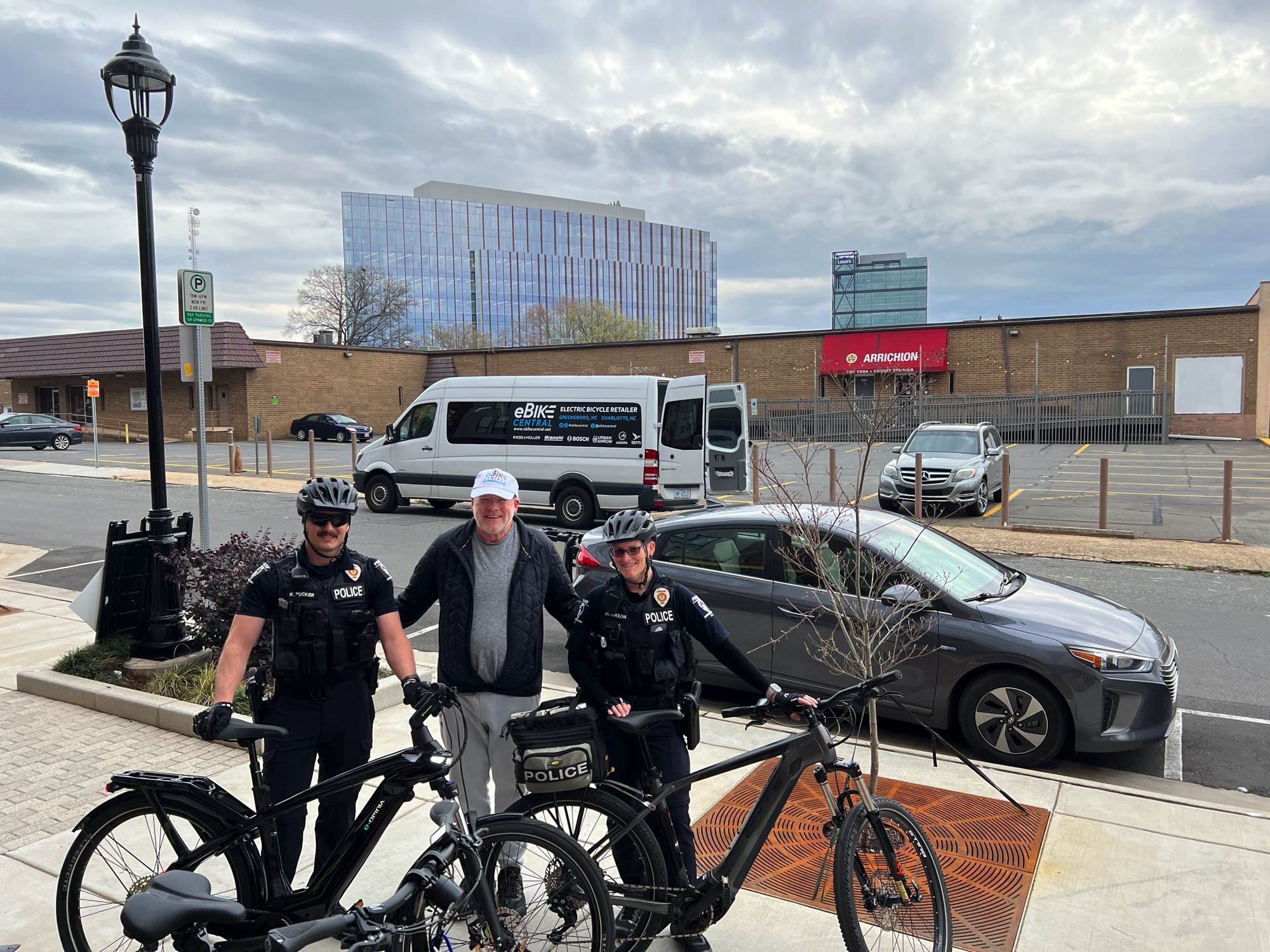