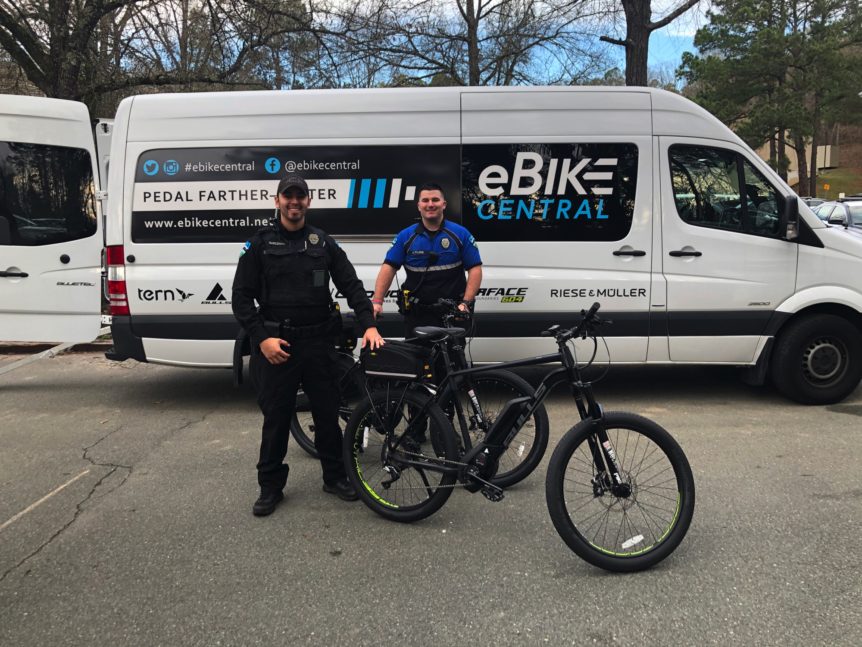 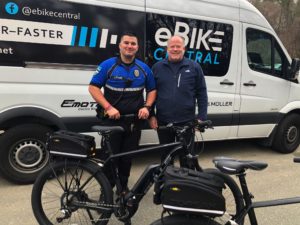 We have been working with Emergency Responders for over two years, introducing them to Electric Pedal Assist Bicycles. Just like most individuals, these organizations are new to the eBike product and are learning how they can make a difference as a mode of transporting their Officers and Responders.

EBIKES FIGHT CRIME. “We were on [our] ebikes and Rolled up on guy Sunday who was wanted for Kidnapping assault on female and carjacking… he never saw or heard us until we were right up on him.” CHPD Officer

There are several Advantages that eBikes provide Police Departments:

eBike Central has been working very closely with the Police Department in Chapel Hill, North Carolina. They chose the BULLS Sentinel model of eBike after testing different brands. They also liked our approach to being mobile with our Test Rides, Sales, Delivery and Service. We are looking after them at their Headquarters.

We provide Extended Test Rides over several days so your Police Staff or Emergency Responders can really test an eBike during real emergencies!

We recently delivered another set of BULLS Sentinel models to them and attached to this blog post is some photos from the drop off.

Contact us if you are affiliated with an Emergency Response Unit or Police Department!