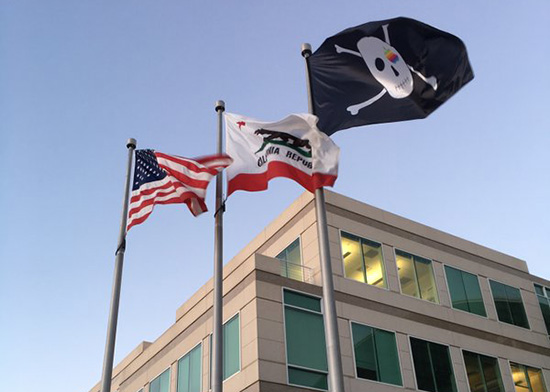 We have a deep background with Information Technology. Our owner worked with Apple Computer (now Apple) since 1982. Having witnessed the Transformative Technologies of the Computer, the Internet, the Web Browser, the Smartphone and Mobile Apps.

It was natural to align the visionaries in each, unique industry with their milestones at key years. 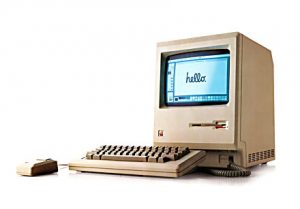 1993 – 1996
April 1993 – Riese and Muller – Heiko read about the “Hesse Innovation Prize” in the newspaper. He had to produce an aluminium prototype in 10 days and night shifts. It was first christened Birdy, due to its bird-like properties produced while riding thanks to the full suspension. Then it won the special prize in the competition. This was the push that “Riese & Müller” needed to start up. 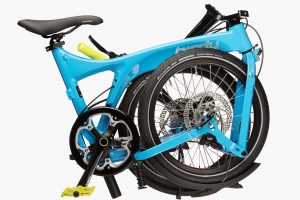 May 1993 -Apple – John Sculley steps down paving the way back for Steve Jobs, who was starting up NeXT and buying Pixar from George Lucas. Apple releases the Newton, arguably the first smart handheld device.

December 1996 – Apple, still under the leadership of Amelio, finalizes its acquisition of NeXT Computer on February 7, 1997, bringing Steve Jobs back to the company he co-founded as an advisor. 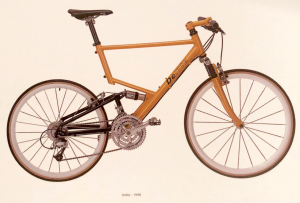 1997 – Riese and Muller – We came to the belief that comfortable riding is only truly possible with full suspension. The slogan of the time, “Cushioned cycling”, was then implemented in every respect from that point forwards. The first models in the new comfort bike series – the Avenue and the Culture – appeared in 1997. They were joined in 1998 by the sporty Delite.

2008 – 2012
2008 – Riese and Muller – The new mobility – Sustainability, environmental protection and a responsible lifestyle are moving increasingly into people’s consciousness – especially in urban spaces. Mobility and bicycle mobility are changing. The Birdy folding bike fits in just as perfectly with the modern lifestyle as it did back in the day. For a safe and comfortable ride, the Control Technology with full suspension is constantly being improved. 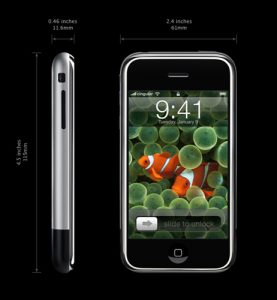 2007, January 7  – Apple – Steve Jobs famously introduces the iPhone as if it is three separate products: a widescreen iPod with touch controls, a revolutionary mobile phone, and a breakthrough Internet communicator. The crowd erupts in applause upon realizing each are simply features of the smartphone.

2011, October 5 – Steve Jobs passes away one day after Apple introduced the iPhone 4S and Siri, following a lengthy battle with a rare form of pancreatic cancer and other health complications. Apple celebrates his life at its Cupertino campus two weeks later as the public greatly mourns his loss.

2013 to today
2013 – Riese and Muller – Modern urban society is still evolving. In terms of urban mobility, E-Bikes are becoming increasingly important and have long since shaken off the idea that they were only for pensioners. 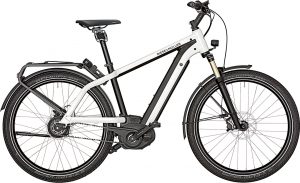 Riese & Müller is setting new areas of focus and investing even more in innovative E-Bikes and E-Bike technologies, such as E-Cargo Bikes and compact E-Bikes. Flawless workshop service, smooth technology and superlative riding behavior are now part and parcel of our company’s portfolio.

This was fun to put some of these key event together here. There is a direct correlation of technology advancements ahead of the introduction of modern eBikes that was pioneered by the founders of the Technology Industry. The computing power of the Bosch eBike System alone is a tribute to the tech sector!

We did take one more liberty with this statement from Riese and Muller’s website, by adding in ‘Apple’. Very interesting to see they line up. Quality, service and innovation apply to all durable, reliable and dependable products that also incorporate cutting edge design! 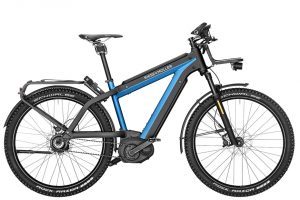 Riese & Müller (Apple) is becoming a brand for discerning individuals for whom bikes (content and communications) play an important role in their lives. They attach great importance to quality, long service life and that special quality, such as the characteristic Riese & Müller (Apple) look. Based on these principles, the product portfolio grew with further developments and concepts that were always innovative.

Contact us to pick up your next eBike! If you want the best, we have it!

And here is our line up:

Come in one of our stores in Greensboro, Durham or Columbia!

Contact us for your eBike Demo Ride and Purchase! 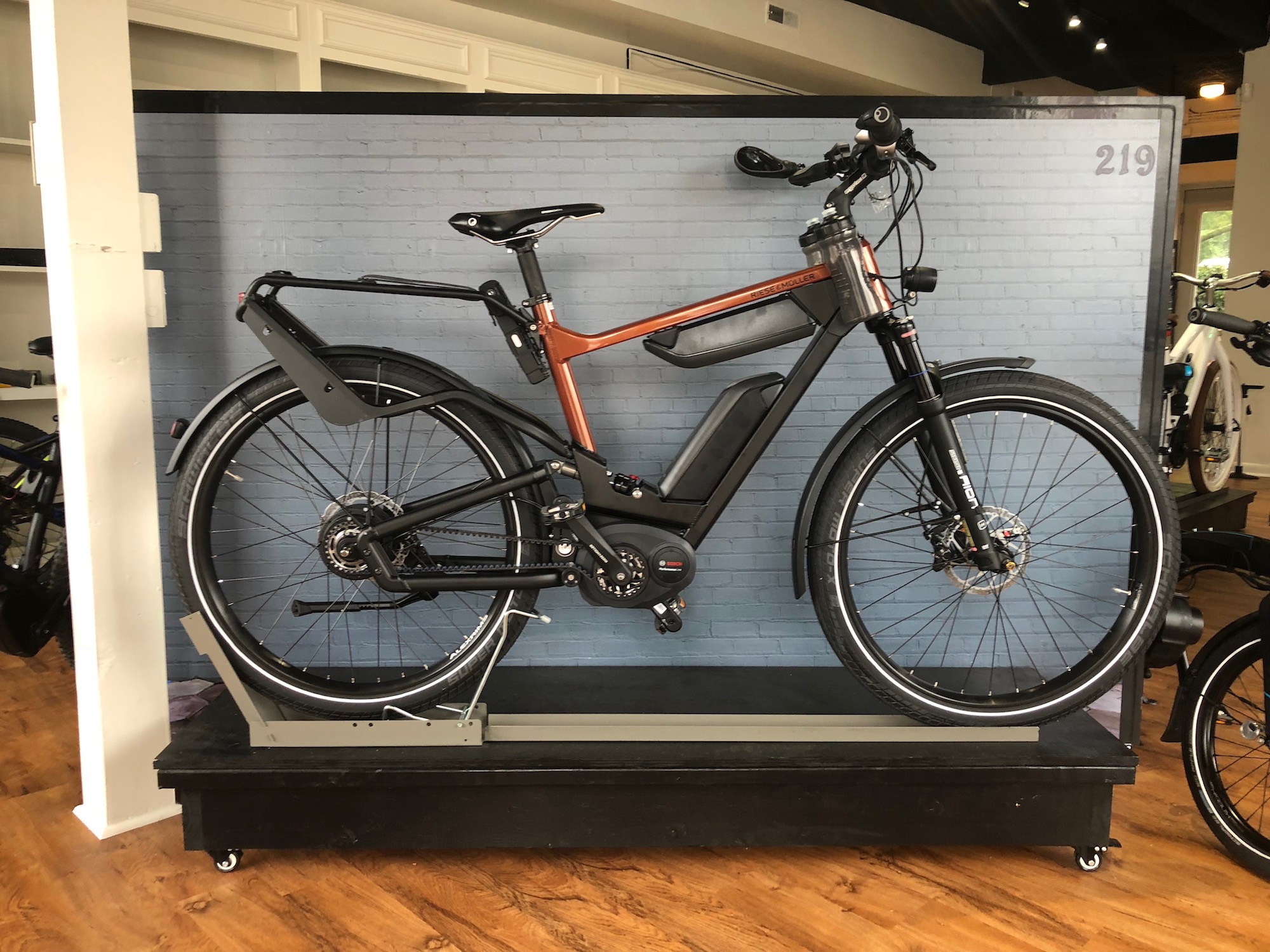 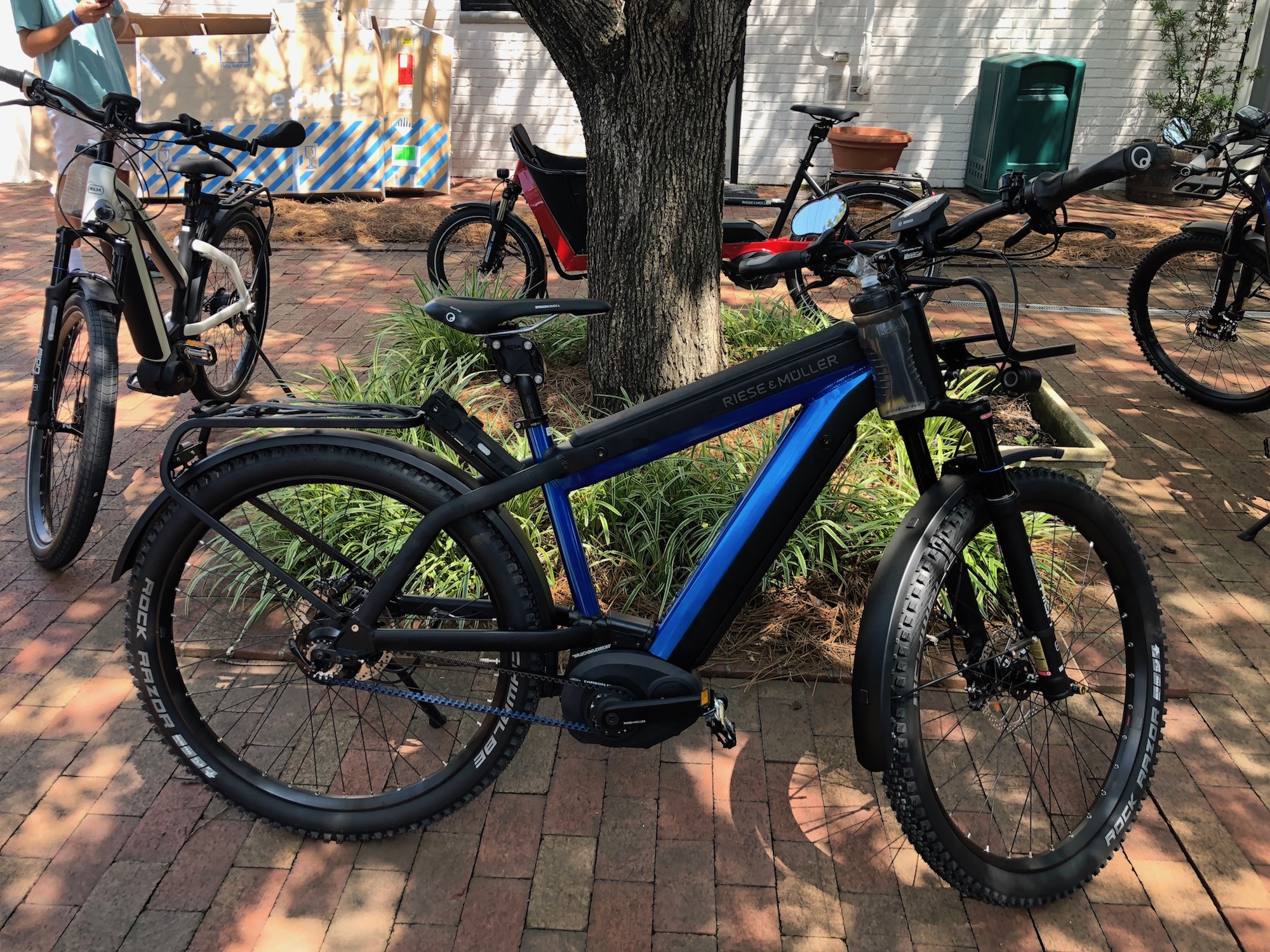 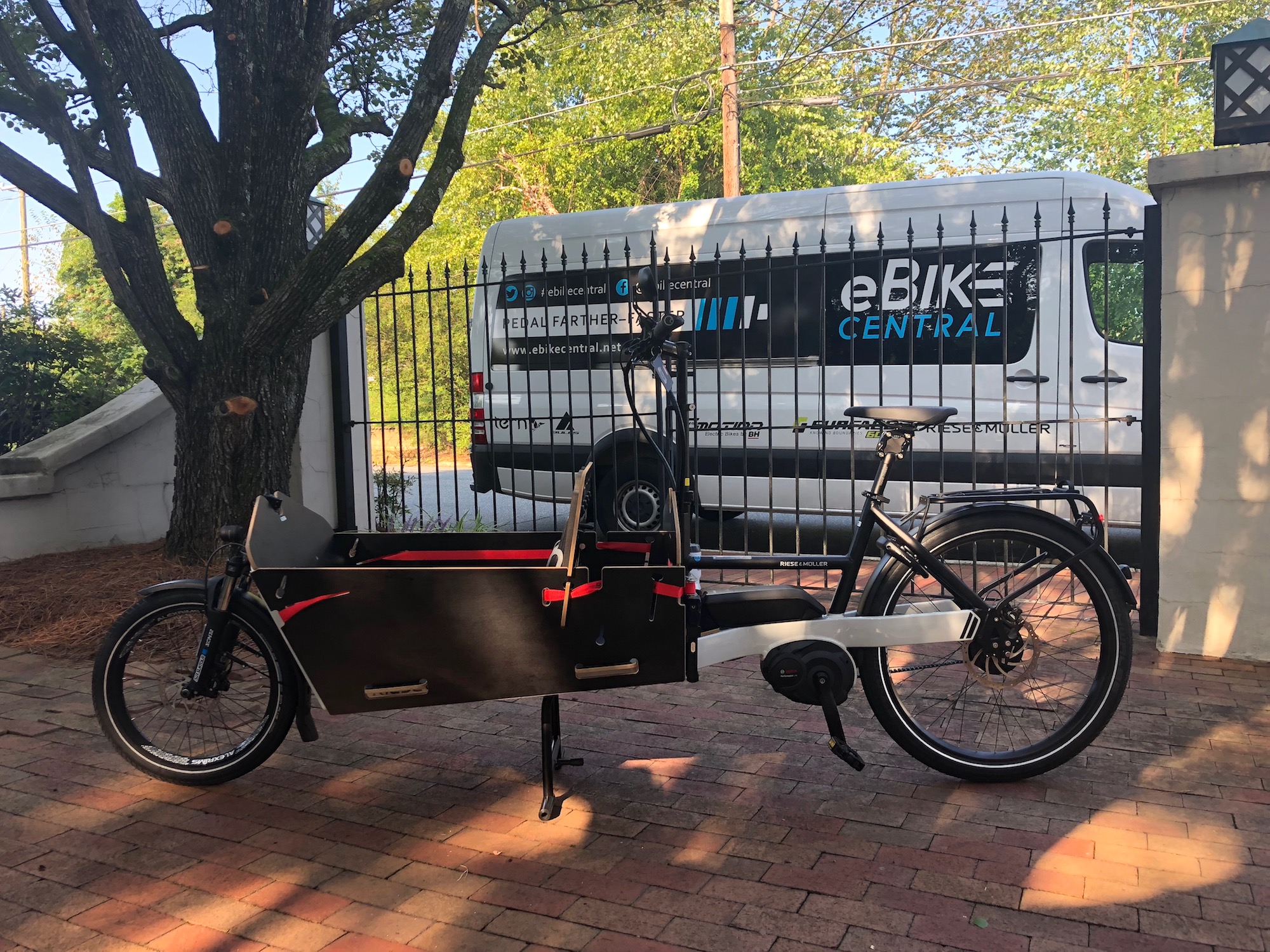 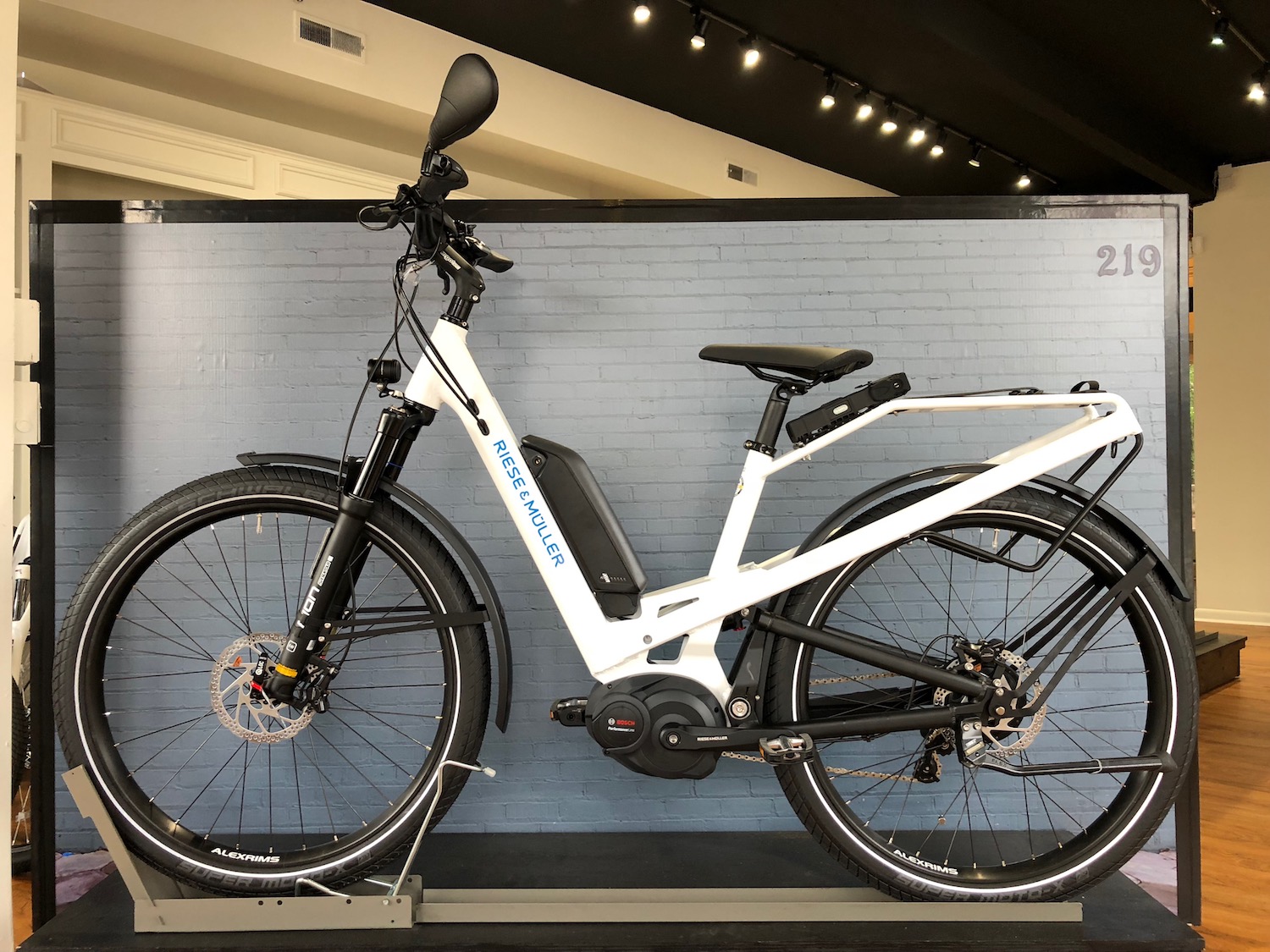 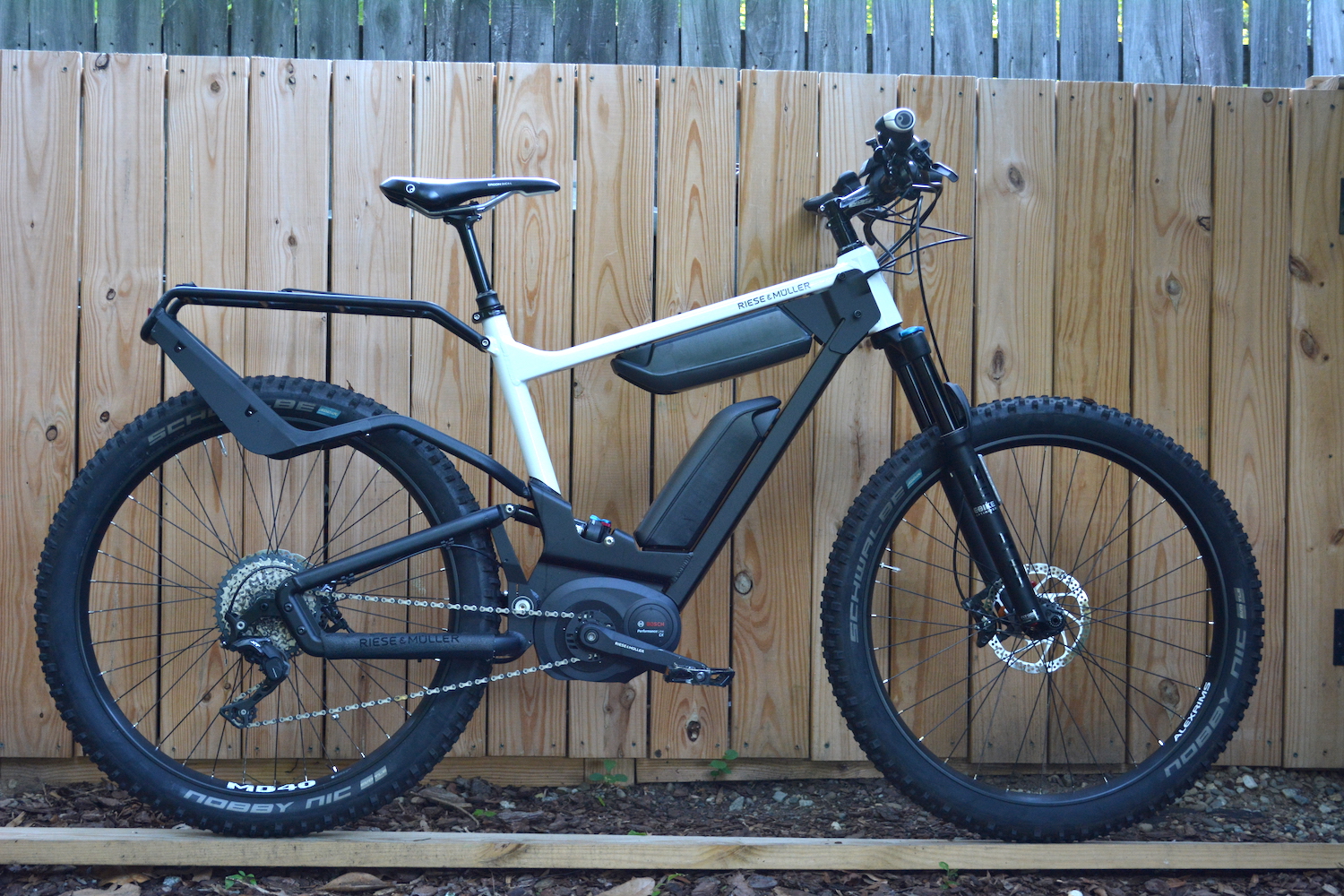